Put THIS Round Your Pipe and Lag It! 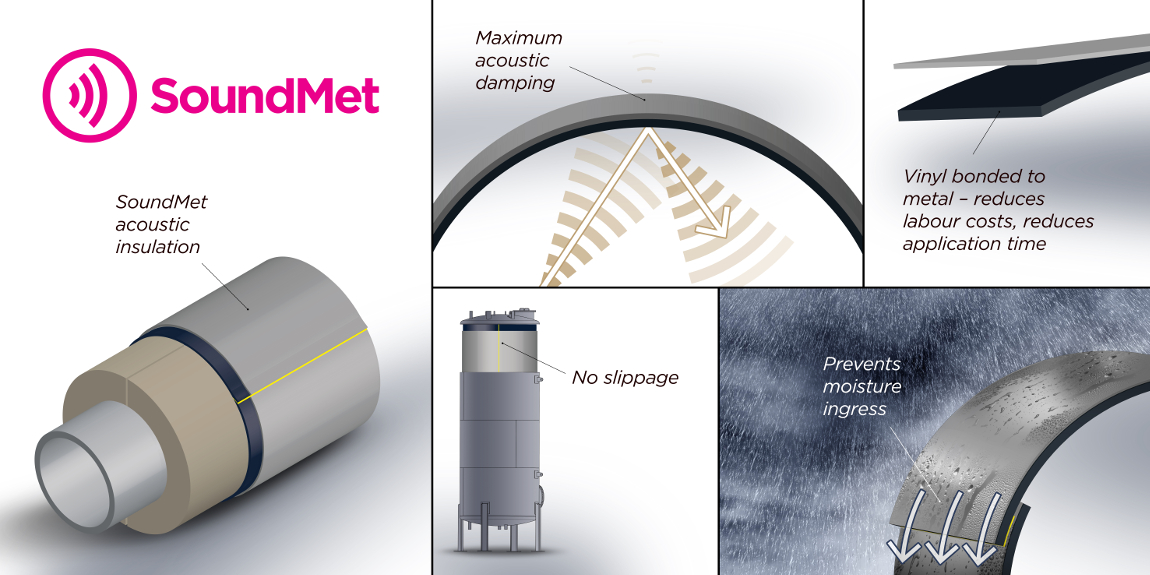 We are not talking about the kind of pipe that might be smoked by a university professor, nor the kind on which you might play a happy tune! We are concerned with the big, heavy-duty pipes in pipeline facilities, where noise created by the  internal geometry along with flow condition in rotating components is radiated through the piping itself, leading to unacceptably high levels of deafening decibels. Thus arises the need for acoustical lagging and BS Stainless are right there for you with one of the world’s best, unique designs - SoundMet.

Noise in pipeline facilities such as LNG plants has many sources though a significant source is the gas piping used in conjunction with centrifugal compressor packages in turbine-driven stations. The maximum legal levels of ambient noise continue to be re-examined and set to lower levels as public awareness of sound as a form of environmental pollution increases, meaning that acoustic protection is ever-higher on the agenda.

The primary radiator of sound in a gas piping system is the process piping, which is often thinly-walled. Acoustical lagging and silencers are used to solve the problem and are superior to in-line silencers which typically create pressure drops in the stream of gas. Piping-related noise is the responsibility of the facility owner and choosing to use acoustical lagging is an increasingly popular method in both new-build and retro-fit applications. The jacketing differs from standard designs in that the outer material has an impregnated vinyl layer bonded to it, reducing both labour and material costs. All of it is produced in-house to bespoke specification and the details safely stored so that it can be recalled at any time in the future.

Lagging systems in which there is no lamination of outer jacketing and mass layers have been shown to perform significantly poorly as compared to laminated mass/jacketing. BS Stainless are proud developers and suppliers of Soundmet which meets noise-reducing requirements perfectly - check here more info on Soundmet and its complementary cousins CoolMet, Tedmet, ColorMet and more.

Contact us today to find out more about the SoundMet system - only from BS Stainless.