The Lowdown on Corrosion

One of the most common problems with metal jacketing insulation systems is water ingress which leads to corrosion on interior surfaces, reducing performance and causing huge maintenance costs. In response to the continuing problem, BS Stainless have developed DryMet, a moisture barrier that is already revolutionising the way many people around the world think about metal jacketing. 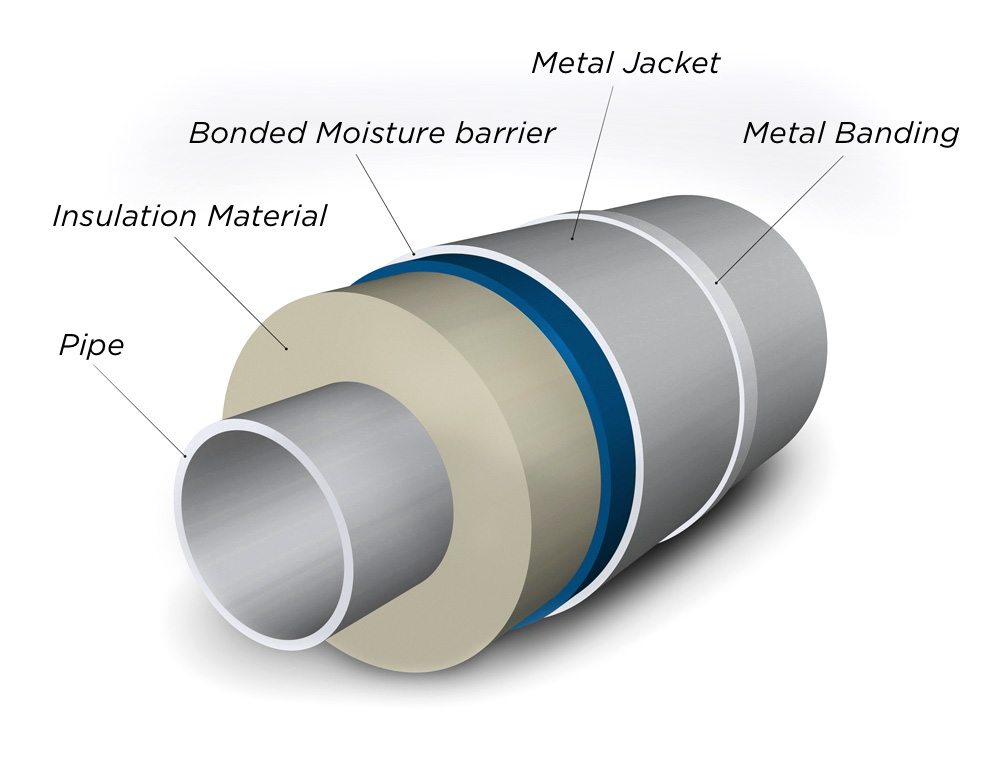 Stainless steel is just one of the metals that is used for metal jacketing of insulation systems - others include aluminium, Aluzinc, aluminised steel and galvanised steel. There are advantages and disadvantages to each metal and the best will be selected based on a number of factors; all metals have two potential issues, however, and these are that the joints between are practically impossible to seal completely against water ingress and that corrosion is always a threat so makes metal selection very important.

Even though sealed as tightly as possible, joints are weakened over time by many factors including weather, foot traffic and during maintenance e.g. from having ladders leaned against it. Water comes in many forms - condensation, spray from structures such as cooling towers, fog/mist, dew and all kinds of precipitation - and seawater, with its high salt concentration, is particularly damaging.

Corrosion on the interior surface of metal jacketing is a serious issue and is unfortunately difficult to detect until it has completely penetrated the metal and left visible holes. It is often then wrongly assumed that the corrosion actually began on the outside surface, meaning that the problem is wrongly addressed from the start. Repair is impossible; all that can be done is to replace the jacketing by removing the banding and seals, necessitating extra expense and potentially long periods of downtime. The old adage about prevention being better than cure certainly applies here and DryMet is the perfect solution.

Galvanic corrosion occurs when wet insulation allows a current to flow between two metals of different types when an electrolyte or salt. The more active metal corrodes as a result - this is usually the jacket itself but, if the pipe or equipment is carbon steel in a hot system, then these may be affected instead. As an effective moisture barrier, DryMet prevents the issue from occurring and dramatically extends the service life of the system it is used on.

So, how can you find out more about DryMet and start experiencing the benefits? Our team are waiting to tell you… call us today. BS Stainless - your partner for stainless steel.